The Story of Abernathy Darwin Dunlap 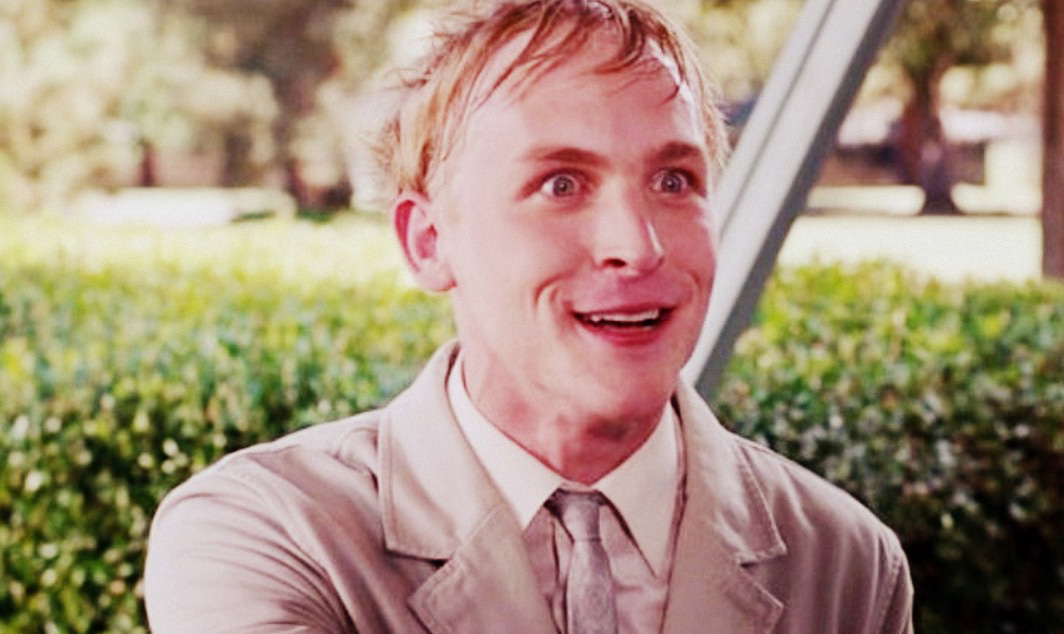 I had an important realization about myself this last week: I am Abernathy Darwin Dunlap.

For those of you who haven’t seen the movie Accepted, this might not mean anything to you. Heck, even if you have seen it, you’ve probably forgotten about him. He was a footnote in the story, after all.

After having this wild realization, I went back to re-evaluate my idea of who he is, how it relates to me, and why it’s important.

Accepted is a 2006 comedy film about high school student Bartleby Gaines, who creates a fake university to attend after receiving rejection letters from every single school he applied to. Terrified of facing his parents with the truth, Bartleby makes up the “South Harmon Institute of Technology” (SHIT, for anyone not paying attention) as a way to dodge the bullet of their broken expectations.

He sets up a website and all that to make it seem official, and somehow manages to afford to rent out and renovate an abandoned psychiatric hospital to make it look like a legit dorm where his parents can drop him off. Things go awry when the website, which he thought was hidden, starts receiving visits from other desperate students who apply, and are accepted (hence the name of the movie).

They start showing up unexpectedly on orientation day, and that’s how we meet Abernathy Darwin Dunlap.

The first person to arrive at South Harmon is Abernathy, a young man with frazzled blonde hair, glittering eyes, and a bright smile. His energy levels are through the roof. He introduces himself using his full name and goes on to say he’s called “ADD”, on account of the fact he has Attention Deficit Disorder.

To illustrate his struggles with being clam and focused, we’re shown a brief scene where Abernathy attempts to join a mindfulness meditation class with one of the film’s protagonists, Rory.

Abernathy makes it only a few seconds into the session before he jumps up and heads off. He simply can’t bare to stay still for more than a moment or two.

That’s me. I’m ADD–Abernathy Darwin Dunlap, that is.

I feel for Abernathy.

When I was a kid, my teachers thought I had ADD, too. I was tested in kindergarten and came up false. Turns out I didn’t have ADD, I was just bored. They wound up putting me in my own special corner to work on math problems while everyone else learned the days of the week.

It didn’t let up after kindergarten. All through elementary school and into middle school, my boredom led to disruptive behavior in the classroom. My teachers asked my parents to medicate (i.e. sedate) me. Finally, in sixth grade, they relented. They sat me down and told me they wanted to put me on a trial run of Ritalin for a couple weeks, just to shut them up.

I know Ritalin and its successors do help people who have a real battle to fight against ADD and ADHD, but it turned me into a zombie. My teacher at the time was in on the secret plan, and so he let me read books during class and take my lunch in the classroom. He had to remind me to eat, because the drugs made me so focused on the single thing I was doing (reading) I would forget to feed myself.

Most of that two-week period is a blank spot in my memory. Friends in class I’ve talked to about it since then told me it was very strange for them to see what was happening to me without any idea of what was going on. It was like my light turned off.

Eventually, it became apparent to everyone involved that drugs were not the solution. My parents were vindicated (they were defending me all along) and I didn’t have ADD. I was simply bored in school and didn’t know how to handle it while trapped in a classroom.

Fast-forward twenty years. I have a supercomputer in my pocket everywhere I go. I work in the fast-paced world of technology in Silicon Valley. Everything I want is at my disposal, all the time, 24/7/365.

I’m never bored because I can’t be bored. No, it’s not that I don’t feel bored. Rather, as soon as I do, I have a universe of distractions at my disposal. Even a trip to the bathroom can be made easier with a few casual swiped through reddit or Instagram. Why face the noise in my head when I can replace it with tea pictures from my place of repose on the toilet?

(Note: It’s really bad for our body to sit on the toilet for extended periods of time. It can cause hemorrhoids!)

From the time I wake up until the time I go to bed, it’s like I stick the key in the ignition and slam the gas until the tank hits empty. Then I crash, refuel (mostly), and do it again. Every single day.

Heaven forbid I have one single moment to myself, lest the voices in my own mind creep in and make themselves heard. It reminds me of a webcomic I see circulated around the internet here and there:

Too Much Dust in the Mind

According to Sen no Rikyū on the spirit of chanoyu: “When you hear the splash of the water drops that fall into the stone bowl you will feel that all the dust of your mind is washed away.”

If only it were that easy, Mr. Rikyū.

I’m embarassed by the amount of distraction I give in to when I’m making or drinking tea. Put me in an enclosure and observe me like an exhibit at the zoo and you’ll see me taking photos I probably won’t use for Instagram, surfing the web aimlessly, or doing work while I slurp down tea without any thought at all.

I don’t want to live my life like this anymore. With this realization I’ve been behaving like poor Abernathy, I’ve decided to tackle this issue of constant business head-on.

The best part of Abernathy’s story is we get to see his salvation. Though I couldn’t find a clip on YouTube, I remember what happened in the film.

Abernathy continues going to Rory’s mindfulness class. He keeps showing up and practicing. By the end of the film, we get to see him sitting calmly and peacefully. His hair is combed, his posture is comfortable, and he is still. He has found peace.

The arc of Abernathy’s story and eventual salvation is hopefully my own.

Recently I had my first gong fu session without touching my phone for the first time in a while. It wasn’t anything special. It would have been awesome if Lu Yü himself came down from the clouds and anointed me with fresh oils or something like that, but no. It was simply a short time with myself and my tea.

It’s important to celebrate wins like these, however small, when we’re trying to change ourselves. Oftentimes, behavioral change and building new habits feels like two steps forward, one step back. I’m not very good at the celebrating part yet, either. I think we’ll have to save that for another time.

I’d be curious to hear more about the experience of other tea practitioners here. Do you struggle with staying focused and present with yourself and your tea? What have you done to create space and find stillness in your tea practice?

Until next time, happy drinking.

All Things In Their Time

Do We Have Enough Yet?

Mushin, Mastery, and the Beginner’s Territory